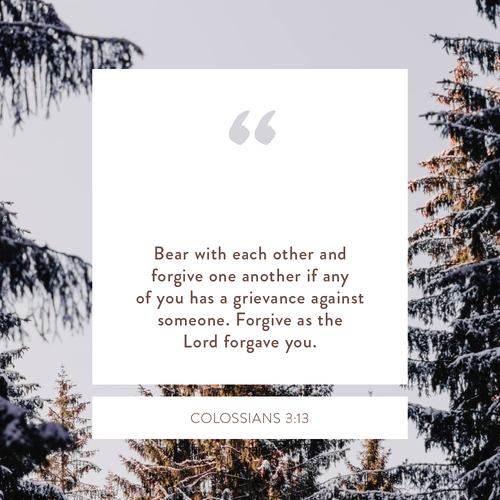 Do you have a hard time forgiving certain people in your life? We all have people like this. Maybe it’s a co-worker who rubs you the wrong way, or an ex-girlfriend or boyfriend that you still have hard feelings toward, or even a close family member you’ve never seen eye to eye with. How does it make you feel to know that God still calls you to forgive that person? It seems unfair, right? If God knew what that person was really like then He wouldn’t ask you to forgive them, would He? Well, that’s the thing: God does know what that person is really like, more than we do, but He has already forgiven them. He’s not asking us to do anything He hasn’t done Himself. That’s what’s crazy about forgiveness. God has forgiven everyone (including us!) So we shouldn’t withhold our forgiveness from anyone.

Who is someone in your life you need to forgive? What’s one step you can take toward offering that person forgiveness today? 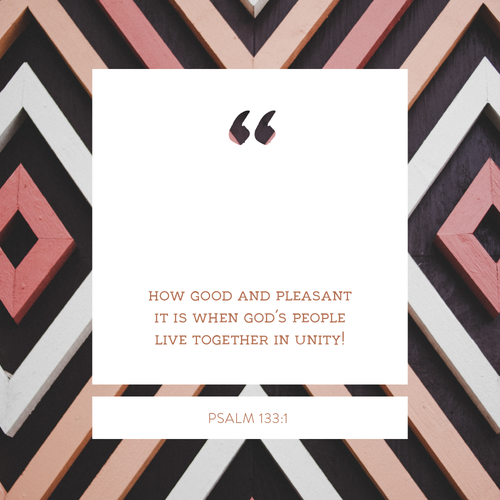 Do you have that one friend whom you just click with? A person who, no matter how long you’ve been apart, you can always pick right back up with? Those are some of the best friends, aren’t they? The feeling you get when you spend time with that person is exactly the way God designed fellowship between believers to be. Of course, we don’t always get along with everyone, and that’s okay. But what God tells us, is that when we do everything in our power to live in unity with our fellow believers, we are participating in His grand design. When we set aside our differences and choose unity, we are behaving just as God designed us to behave.

Who is someone in your life that you can move toward living in unity with this week? Pray and ask God to open your eyes to the people around you, with whom you’re meant to live in unity. 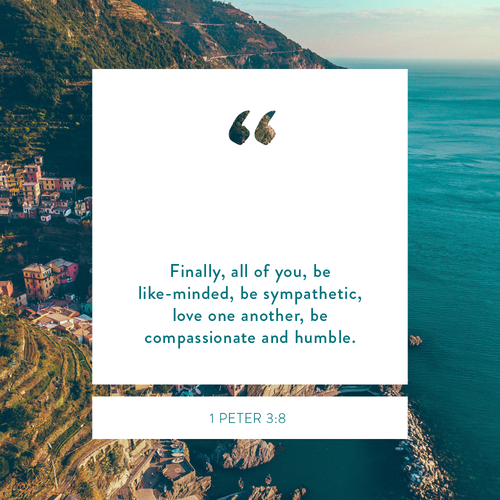 At first glance, none of these virtues sound easy to practice. Where do we even start? If you feel overwhelmed by this list, just pick one thing to practice this week. Find people you share common interests and beliefs with, and move toward them. Or others who you might be different from, and choose to sympathize where they are. If you’re not sure whether or not you love someone, live like you do. You’ll find practicing acts of love will move you closer toward being able to love. And finally, try to be compassionate and humble, recognizing and being sensitive to others’ needs, as you practice putting others above yourself. This is the way toward unity. It’s not a simple step-by-step process, nor does it happen quickly. But with patience and effort, you can watch your church, community, and even your city be rebuilt with simple acts of unity. 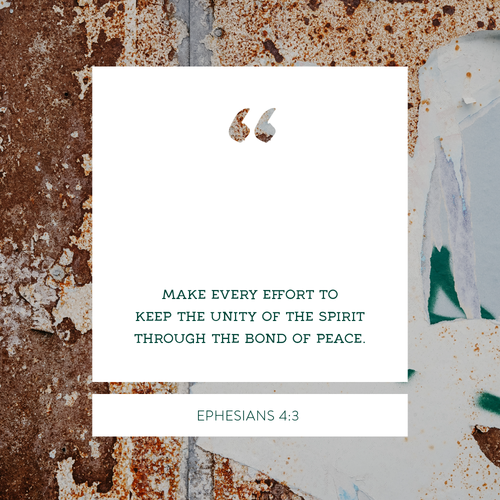 Unity doesn’t come easy. Anyone who has tried it knows that to be true. In this verse from Ephesians, Paul reminds us that unity requires effort. It’s not something that usually happens naturally. Maybe you’ve experienced that within your own community: some people faced disagreement, and they simply gave up and stopped speaking to each other. Or, you have experienced the opposite: some people leaned in when there were differences, and chose to work through them instead. Working through differences doesn’t always mean reaching the same conclusion, but at least, they won’t disrupt unity. Here, Paul instructs us to “make every effort” to be the kind of people who choose unity. That means we don’t give up when we face differences—we lean in.

Do you have someone whom you are feeling at odds with? What would it look like to take one step in their direction for the sake of unity? 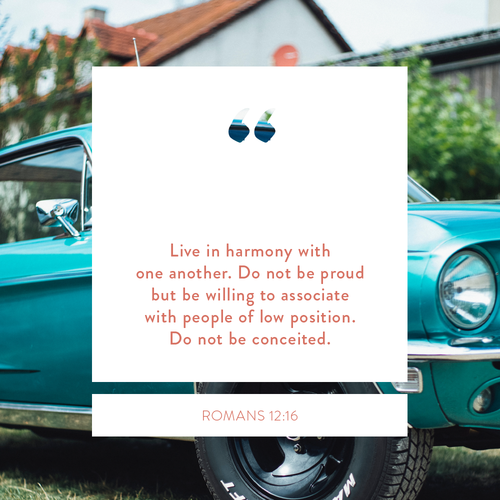 The biggest hindrance to unity is the idea that some people are better than others. Whether it’s based on social, political, or economical standing, the very idea that our circumstances make us higher or lower than someone else, is a direct threat to unity. What’s worse, it’s completely counter to the gospel of Jesus Christ. Jesus didn’t come to just save those with a certain amount of money. He didn’t save only a certain region of people. And He certainly didn’t just save the cool folks! Jesus saved everyone. Living in unity starts by recognizing that none of us has any reason to think we’re better than anyone else. We all need the same amount of grace that God offers us. When we downplay our needs for others and for God, we grow arrogant. And we can never experience the unity and harmony we were designed for if we don’t first acknowledge our need for it.

What are some ways you’ve been proud or conceited recently? What can you do to choose harmony and humility, over hostility and haughtiness today?
Posted in Daily Devos