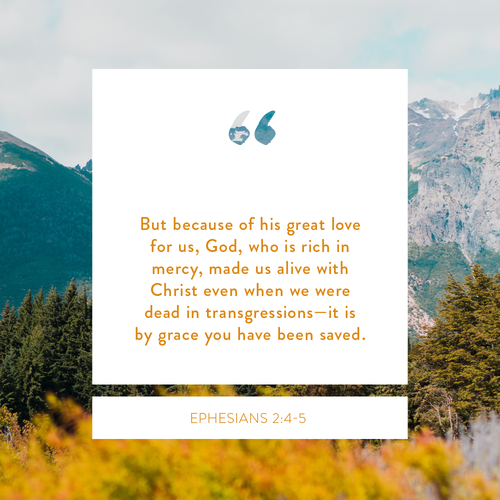 We know that God forgives us and gives us grace, but do we really know why? What made Him want to send His Son to die for us so that we could have a relationship with Him? Why would the Creator of the universe care about us? Well, simply put, it’s because He made us. God isn’t a far-removed figure who created the world, and then left it to run on its own. No, He is here and as active as ever. He didn’t created us to leave us; He created us to love us. And that’s why He goes through so much trouble to show us His grace. Love is the reason God made us alive in Christ, even though we don’t deserve it. Love is the reason God saved us by His grace alone, instead of by our actions. God does everything for us out of His love.

Pray and thank God for the endless love He offers you, and for the fact that you have already been saved through grace. 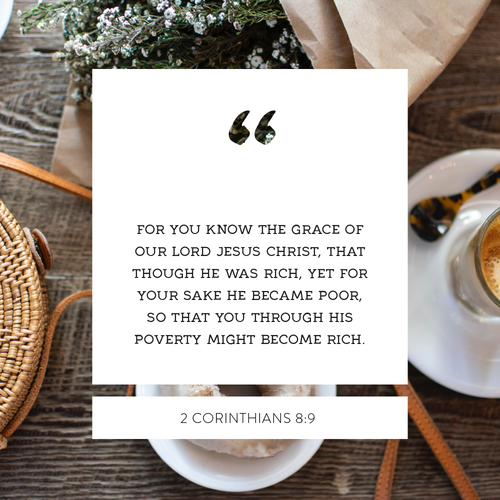 There’s something inherently unfair in the idea of Jesus coming to Earth. He was God, so why would He volunteer to become a man? Why would He come down to Earth, when He knew what it meant for Him to be human? Not only did He allow Himself to become human, but He allowed other humans to torture and kill Him. Why? Because He knew it was the only way we could live with Him forever. God chose the poverty on Earth over the riches in Heaven, so that we would one day get to join Him and experience His riches for ourselves. That’s what Paul tells us here! Through Jesus' sacrifice we’ve been made rich, because we are now inheritors of God’s Kingdom.

How does it make you feel to know that God gave up everything so that you could one day experience eternal life with Him? Pray and thank God for what He did for you by coming to Earth. 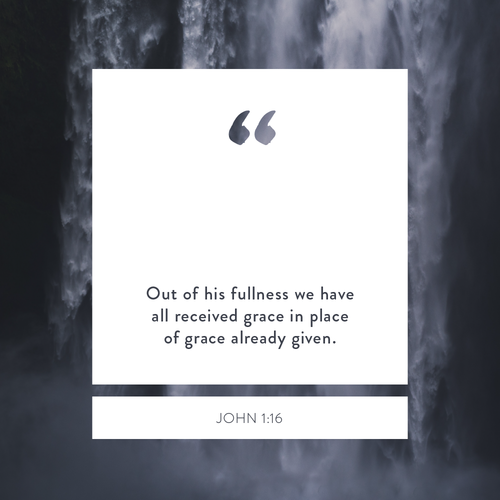 You might look at the cross—the ultimate act of grace—and think that was enough. When Jesus died on the cross for our sins, He gave us the unfair gift of grace forever. But what’s amazing about the cross, is that it wasn’t just a one-time event. Not only did Jesus give us grace to cover everything in that moment, but He still shows us more and more grace each and every day. He’s like a bottomless cup that keeps pouring out. He gave you grace so that you could live an eternal life, and He still gives you grace for the Earthly life you’re currently living. How amazing is that? It’s grace upon grace! We have more grace than we know what to do with.

Pray and thank God for the amazing gift of grace He has given you. Ask Him for grace to cover your past, present, and future, knowing that He is willing and ready to do just that. 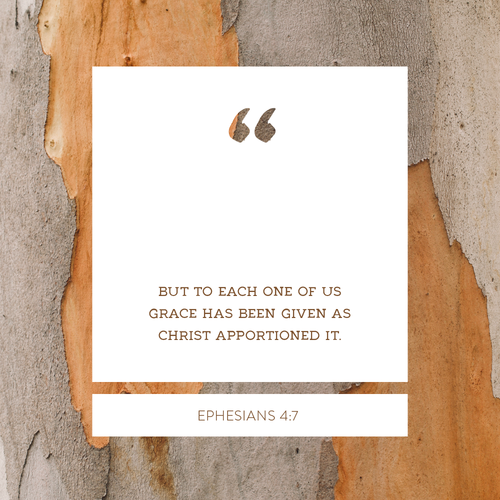 Do you ever feel like God’s grace just isn’t for you? Maybe you’ve heard church people talk about the idea of grace, and it sounded great, but something inside of you knows that you don’t deserve it. For whatever reason, you may think there’s something in your life that disqualifies you from God’s grace. But this verse reminds us such thoughts are not true. There is nothing you have done, will do, or could ever do to disqualify yourself from God’s grace. You can’t return the gift of grace. Though you may try to reject it, God will only continue to offer it to you, day after day after day. Will you accept it? Are you willing to take a chance and lean into what the Bible tells us about God’s grace?

Think about what it would do for you. Think about how different your life would be, if you no longer walked around with the burdens of guilt and shame tied around your neck. You’d be free. That’s the life God’s grace can give you, and it’s there just for you. 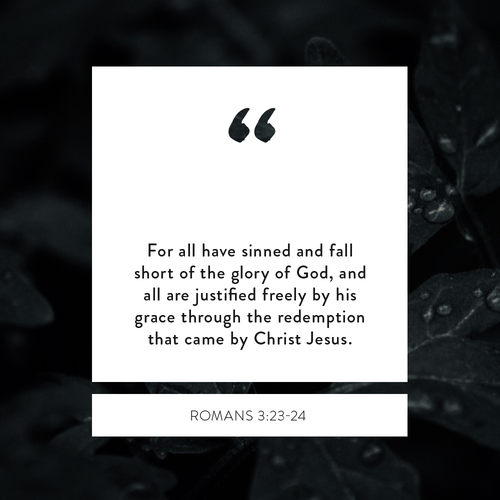 What if this verse stops after the first phrase? Imagine if it simply read, “For all have sinned and fall short of the glory of God.” And, that was it. Wouldn’t that be the worst thing ever? It’d be true, but it would also be hopeless. The good news is that the statement didn't end here. Even though we have all sinned and fallen short, it was not where God left us. Instead, He reaches down to where we have fallen, and He picks us back up. He offers us His abundant grace. He justifies us and redeems us through the sacrifice and resurrection of Jesus Christ. That’s some great news!

Talk to God today and acknowledge the fact that you’ve fallen short. Let Him know that you know. Then, talk to Him about grace. Ask Him to show you what it feels like to be completely covered with the love and grace He freely offers. And ask Him how you can help others feeling the same way.
Posted in Daily Devos