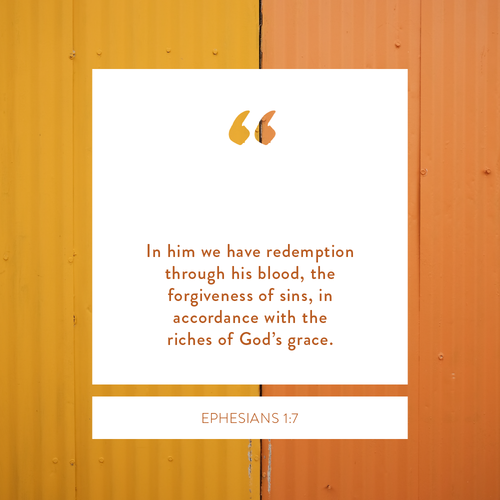 Sometimes the fact that our sins are forgiven sounds too good to be true. Or, maybe just too good to be acknowledged? Read this verse again. Do you believe what it says? Do you actually believe that because of what Jesus did, you’re forgiven and redeemed? Do you live like it is true? So many of us are able to mentally agree that Jesus died for us. We know in our minds that we’re forgiven. Yet we go on living as if it’s up to us to earn our salvation. We act as though we have to do enough right things in order to earn what He did for us.

If someone who didn’t know you watched you live your life, would they be able to tell that you believed this verse was true? What would your life look like if you lived out the truth that God has already given you forgiveness in accordance with the riches of His grace? 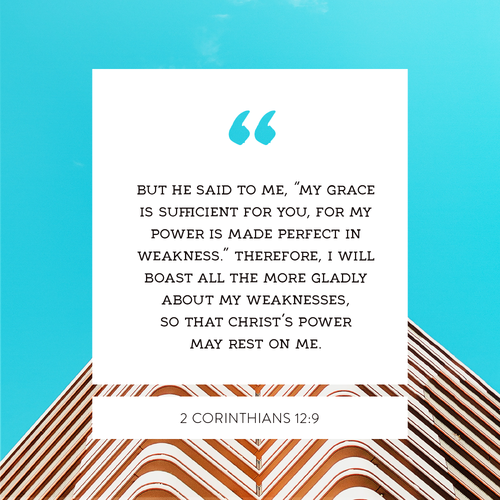 So often we spend our time and energy focusing on our strengths. We do everything we can to cover up our weaknesses so that people will never even know that they’re there. But that’s the opposite of how Paul lived his life. He boasted about his weaknesses. Why? It certainly seems like a strange way to live. But Paul boasted in his weaknesses because he knew that God was most visible in the places where Paul was the most lacking. He knew that self-reliance was the opposite of what God desired for him. So he focused on his weaknesses, and that’s where he found God.

Are there areas of weakness you attempt to hide in your life? How can you look for Christ’s power in those weaknesses? 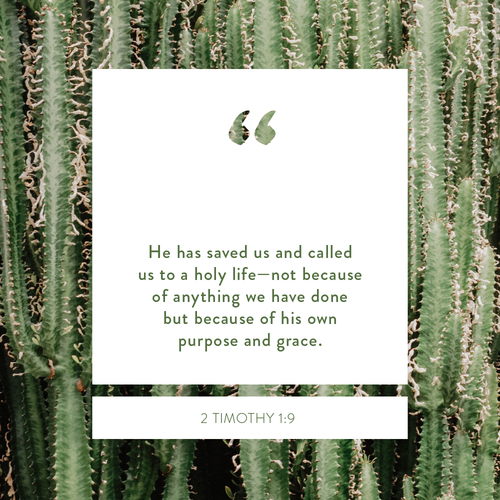 If part of this verse frustrates you, that’s okay! You’re not alone. A lot of believers still live as if the second half of this verse isn’t there. We may think God saved us and called us to a holy life because we were already doing a pretty good job at it, or that God loves us because we do more good things than bad things. But that’s not what this verse says. See, God saved us and called us to a holy life apart from the things we’ve done. What God did is so much more than anything we could ever do to save ourselves. His action of grace and love outweighs all of our actions. We are saved and called not because we are good enough, but because God chose us. Instead of letting this fact frustrate you, let it free you. The reality is that God gives us the freedom to embrace life—one that's no longer about performance. We can live simply by following the calling God has placed in our hearts, to the best of our ability.

Read this verse again. Pray that God would replace any frustration with the freedom He offers us through Christ. 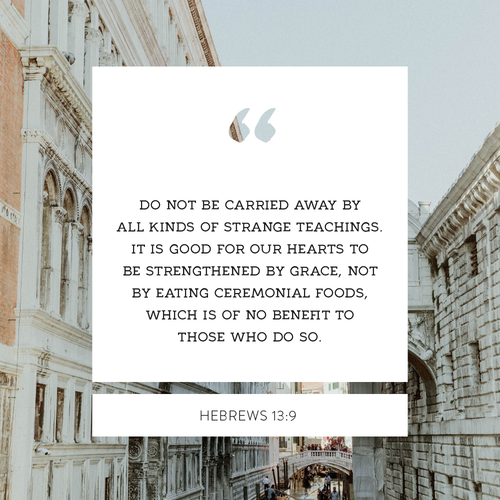 The audience of this verse was surrounded by people telling them that they had to obey certain rules. These “strange teachings” demanded them to avoid eating certain foods in order to be okay with God. While ceremonial foods may no longer be the current “strange teaching,” we are still surrounded by people telling us that our faith is determined by how well we follow rules. What are some of the rules you feel are placed on you and your faith? Maybe you’ve been told that you’re not supposed to do certain things, if you really are a believer. Or maybe you have to do a certain thing for a certain number of times a week, or you're not a Christian. But such is not the gospel of Jesus. Instead, believers are called to rest in the completed work of Christ. It’s not Jesus and our own good works. It’s just Jesus. He did everything for us because He knew we could never do it on our own.
This is His grace.

Pray and ask God to show you any “strange teachings” or rules that surround you. Ask Him to give you the strength to trust and depend on His grace, instead of on your own efforts. 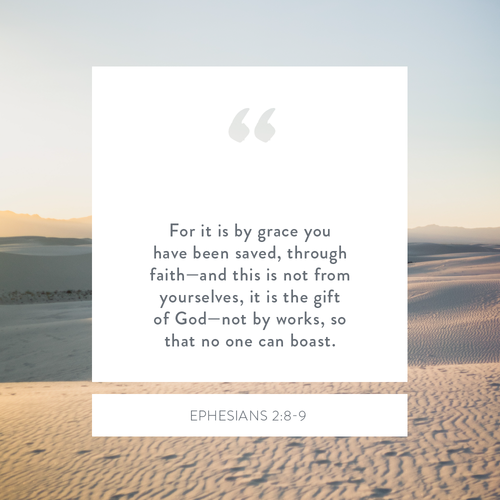 The beauty of grace is that it takes away anyone’s ability to brag. We were all equally hopeless before Jesus came along. It’s not as if Jesus came to save everyone, and found out that some people didn’t need His help because they were doing alright on their own. We all need saving. And the great news is that Jesus did just that—He saved us. His grace is the gift we get to receive, and one that we could never earn. That’s what it means to have grace through faith. It’s not grace through our own efforts toward perfection. It’s grace through our belief in Jesus. Believing in Jesus is the first and only step you have to take toward receiving grace.

Have you found yourself focused more on your own works than on the grace of Jesus? What can you do in your life to direct your attention away from yourself and toward Him?
Posted in Daily Devos