How it all started...

Our story begins with roots in the Church of God Reformation Movement.  Following the Civil War, the United States was wounded and desperately trying to heal.  This cultural reality overflowed into the Church.  Denominations became another way to politicize issues, draw lines of division, and maintain one’s territory.  As a result many believers began to feel that the Church had lost sight of its mission to find commonality in the saving work of Jesus Christ.  Some believers became disenchanted with a Church that was increasingly arguing over doctrinal differences and often setting their own standards for membership, seemingly finding more identity in a man-made institution rather than in the Body of Christ.  Early on, the movement began to grow from its first roots in Michigan and Ohio.  Evangelistic Companies would travel across the country holding tent meetings and revivals.

Itinerant evangelistic work began in Pryor Creek Indian Territory in 1902.  In the fall of 1912 the Grant and Mattie Teter and a handful of families officially launched the First Church of God, first meeting in the home of William King on North Elliott St. near the water tower.   Pastor Teter would drive into town on horse and buggy, and continued to pastor this group for its first 45 years of existence.  During his leadership the church experienced great growth.  In 1913 they began renting a small hall to hold services, and in 1914 the group purchased a building which had formerly housed “The Pryor Creek Clipper” newspaper.  Out of sacrifice, Rev. Teter did not draw a salary and many sacrificed to pay what was a grand sum in that day of $600 to purchase this building.  As the church grew and continued with a heart of sacrifice and vision, they were able to purchase a vacant Presbyterian Church building on the corner of SE 1st and Vann.  On July 4, 1920 First Church of God celebrated their first Sunday in this new building.  The same block still houses FCOG over 100 years later, and has seen an ongoing spirit of progression and growth.  From a vibrant Sunday School ministry, to Missionary Societies, and Revivals, FCOG ministered to the community and witnessed many whose lives have been changed through the power of Jesus Christ. 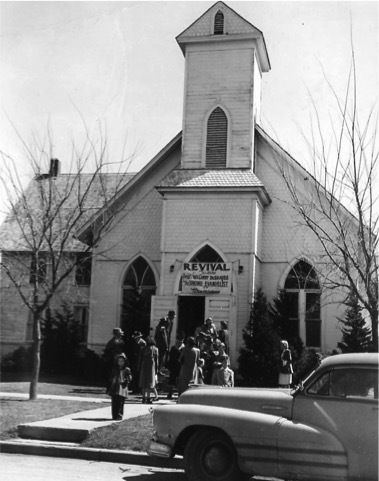 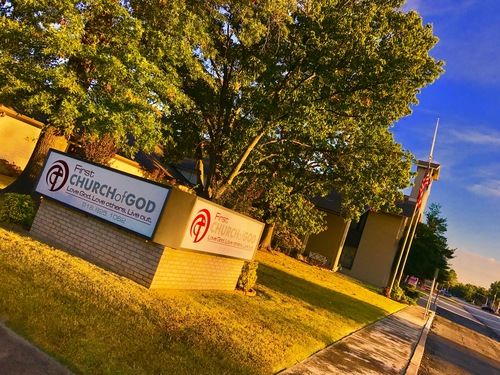 While we personally identify with a Wesleyan-Holiness theology, we believe that dialogue over various doctrinal interpretations can enhance our faith.  Though there are essential beliefs that must be held in order to be faithful to Scriptural Christianity, there are less-essential practices where we can agree to disagree.  We believe in fellowshipping with other Christian groups in our community and partnering with them in Kingdom causes. Today, we are a church who has vibrant family ministries, elevates the importance of ministering to the needs of our community, and is engaged around the globe in Kingdom work.  We continue to be affiliated with the Church of God with general offices in Anderson, IN.  We are, however, an autonomous local church, who willingly partners with the Church of God movement in missional and ministry causes.

Today, there is much from our history that still anchors us.  Our commitment to leading people into a saving experience with Jesus is our primary objective.  We still believe that when someone has a true encounter with Christ, there is evidence of life-change.  Because of our roots, we hold the unity of God’s church as a high priority, believing that many different denominations, while expressing their faith in a unique way, are still a part of the family of God, and we hold common beliefs that outweigh our subtle differences.  This is why First Church of God is a church home to folks from many different denominational backgrounds. 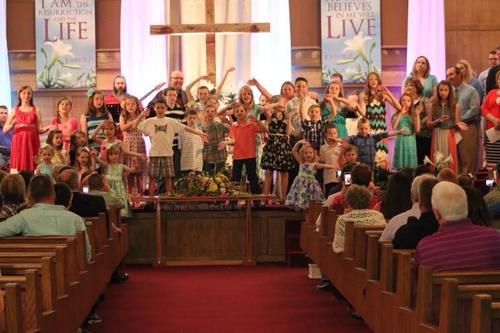 Where we are headed...

We love our rich heritage.  We also believe we have a bright horizon.  We value being a multi-generational church.  Over the past several years we have grown increasingly younger as a congregation, and experienced continual growth.  This has led to a vision of relocation.  40 acres is currently being developed on the east edge of Pryor Creek and  FCOG will relocate to a new 37,000 square foot facility in early 2021. 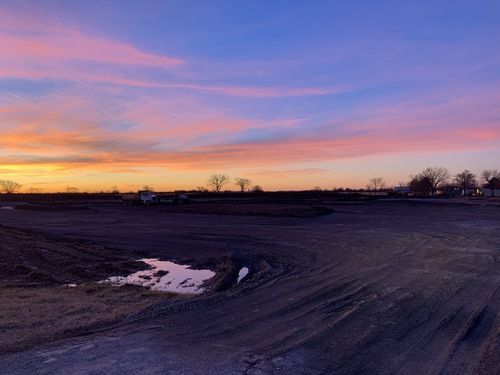 Join us every Sunday as we gather to worship together at 9:30 am and 11 am.